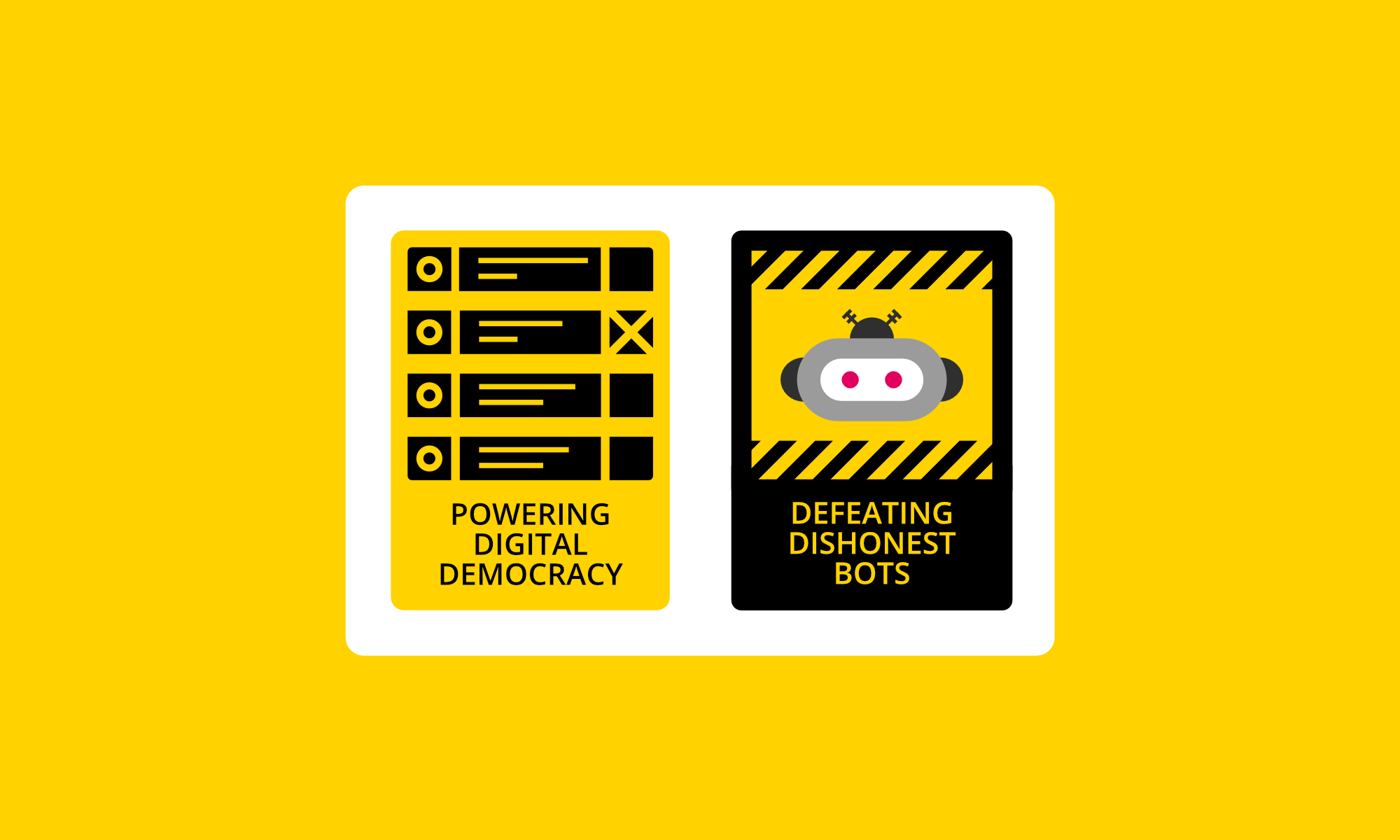 In the SSI dystopia post, the emergent consequences of SSI (self-sovereign identity) are explored by comparison with the emergent outcomes of social media. Put in the simplest terms, social media hasn't quite turned out as many hoped. One minute we're enthused by the Arab Spring, the next moment we're watching aghast as Cambridge Analytica and other devious actors undermine societal norms of political discourse and established democratic process.

We are being played.

Many of us have looked on helpless for many years. The wider public's awareness is raised more recently with films such as The Great Hack (2019) and The Social Dilemma (2020).

What emanates from good conversation and old-fashioned argument, and what's pushed via algorithmic manipulation by those who couldn't care less for proper discourse; indeed, by those who see such normal social interaction as merely getting in their way.

Which voices are human, and which are bots-parading-as-human on behalf of these corrupt parties?

In the context of that last question, we're talking about:

Proof-of-uniqueness is essential in some privacy-preserving contexts — Sybils frustrate democratic process and wealth distribution aspirations. In other contexts, proof-of-humanness without proof-of-uniqueness is preferable as this allows individuals to express themselves by 'living' through various personae while still eliminating nefarious bots (i.e. bots-parading-as-humans).

Such proofs are essential if we're going to climb our way out of the mess we're in, and projects aspiring to deliver the requisite evidence fall into two types. There are those that rely on proof of legal identity, and there are those that riff off the web of trust idea in which it's assumed that people will happily verify and vouch for another person they know or meet in appropriate context, but would never confirm a bot as human.

We are very keen to avoid any attachment to legal identity for all the good reasons expressed in the SSI dystopia post. Bringing legal identity into the question of humanness is degenerative (characterized by progressive decline and deterioration). We are also eager to make sure proof-of-humanness isn't neglected by a sole focus on proof-of-uniqueness, as some web of trust approaches might have it. And needless to say, it would be wonderful to develop an approach that scales quickly, reliably, and conveniently, qualities that web of trust designs struggle to deliver.

We need proofs of humanness and uniqueness that are wholly compatible with generative identity, if only at least by resisting degenerative alternatives.

Have we found a way? Possibly. If you'd like to join the collaboration, please get in touch via our Matrix room. We're going to need a variety of competences including Android and iOS app development skills, and UI/UX expertise.

Self-Sovereign Identity — the book, the dystopia

The innovations created in the name of SSI need not deliver the dystopia their SSI form promises.

The deficiency of the "Generative Self-Sovereign Internet"

Phil Windley claims that a technology stack consisting of self-sovereign identity (SSI) and related technologies has all the qualities of generativity.

Discussion via matrix.org (because we love open and decentralized). You'll need a Matrix client such as Element.